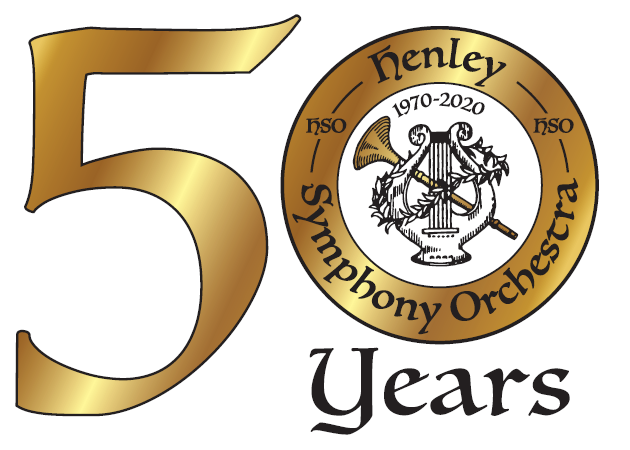 Henley Symphony Orchestra recently celebrated its 50th anniversary – an amazing achievement for an orchestra started by a group of parents sharing an idea while their children took part in Henley music lessons. From the first concert held in a borrowed marquee in Shiplake, HSO has grown its reputation. Under the guidance of Marcus Dodds, Jim Stobbart and, for the past 20 years, Ian Brown, HSO has become a well-established amateur orchestra. It attracts some 50 players from across the Thames Valley and promotes an annual series of four concerts featuring internationally acclaimed artists. The aim is to provide high-quality music-making at affordable prices and to give local musicians a chance to perform the great classical orchestral repertoire. HSO has also given performances in Henley’s twin towns of Falaise and Leichlingen, at Bled International Music Festival in Slovenia, and has annual appearances in its hometown at Henley Festival. 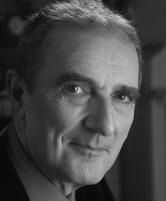 Ian Brown was appointed Music Director in 1995. He brings a wealth of musical talent and experience to the Henley Symphony Orchestra, and has established an excellent rapport with the members, combining authority with charm and wit.

Since making his conducting debut at the Barbican he has worked with major orchestras including the London Mozart Players, Northern Sinfonia, City of London Sinfonia and the English Chamber Orchestra. He often conducts in Eastern Europe. More recently he conducted the Philharmonia at London's Cadogan Hall for Bruckner's Symphony No.7 and directed Beethoven's Piano Concerto No.1 from the keyboard.

In chamber music, Ian has had a long association with the Nash Ensemble, with whom he has played and recorded a vast repertoire of chamber music and commissioned many new works as well as touring extensively worldwide. As a piano soloist he has appeared with many of Britain's leading orchestras, including the BBC Symphony, BBC Welsh and the Bournemouth Symphony, playing a diverse solo repertoire from Bach to Rachmaninov and Bartók. Performances have taken him to the major European and Scandinavian countries, the Middle East, North and South America, Singapore, Hong Kong and Japan.

Ian's duo partners have included world class artists such as Stephen Isserlis, Felicity Lott, Ralph Kirsbaum and James Galway. In 1998 he played Shostakovich chamber music in the Barbican with Mstislav Rostrapovich ('cello) and Maxim Vengerov (violin). The Times said 'Ian Brown drove the performance forward with demonic energy…' and at the end '…the standing audience was in no doubt that it had witnessed history in the making'.

Ian has continued to work closely with Maxim Vengerov in concerts around the world. Their CD of some of the most brilliant violin virtuoso pieces was released on EMI 5579162.

David Burton has led the Henley Symphony Orchestra since the summer of 1992. He rejoined in January 2006 after a short sabbatical.

He started learning the violin at the age of nine in Britain's first Suzuki Group, studied at the Royal College of Music, and graduated with distinction from the National Centre for Orchestral Studies.

He spent two years with the Icelandic Symphony Orchestra and Icelandic Opera. Now he combines a busy teaching career with freelance playing with orchestras such as London City Ballet, as a concerto soloist, and as a member of the Hammig String Quartet.

We have explored much of the standard symphonic repertoire and some contemporary music, including first performances of several commissioned works.

In recent years, we have performed ambitious works such as Bruckner’s 7th Symphony, Mahler's 'Resurrection' and Strauss's 'Alpine' Symphony. We have accompanied a number of distinguished soloists in concertos including György Pauk, Isabelle van Keulen, Steven Isserlis, Freddie Kempf, John Lill, Tasmin Little, Michael Collins, Evelyn Glennie, Jean-Efflam Bavouzet, and worked with many outstanding young artists at the outset of their professional careers.

See our full list of the works we've played from 1970 to the present day.

The Orchestra has made six visits to Falaise, Henley’s twin town in Normandy, giving concerts in the great Norman church of St Gervais, the magnificent new Forum Theatre and the Eglise Sainte-Trinité.

In summer 2007 the Henley Symphony Orchestra joined the combined choirs of Falaise for two memorable and packed performances of Puccini’s Messa di Gloria. Three successful and enjoyable trips have also been made to Henley’s other twin town, Leichlingen in Germany (1993, 1999 and 2005). More recently, the orchestra travelled to Henley’s twin town of Bled, Slovenia in July of 2017 to play in the Bled International Music Festival. Below is the video that Bled TV created during our trip:

In July 2008 the Henley Symphony Orchestra participated in the Henley Festival Trust’s outreach project SHOUT! by performing a specially commissioned work together with young musicians from the area. The orchestra also presents a regular Christmas concert for pre-school children.

HSO was delighted to take part in the Cultural Olympiad for London 2012 with its performances of the specially commissioned Making Music Overture by Orlando Gough.